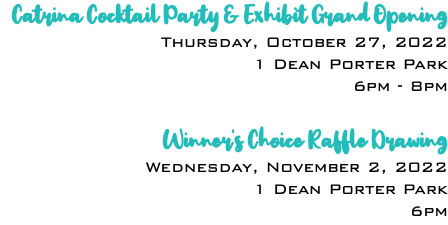 Natalia Garza is thrilled to be portraying Catrina at this year’s Catrina Experience Fundraiser. She has been performing on the Camille Playhouse stage since she was 11 years old, making her debut performance as Hodel in the summer youth workshop production of Fiddler on the Roof. Two years later, she became a summer youth workshop director and continued to direct for 6 consecutive years.

Natalia has appeared on Camille’s main stage  in various roles such as Glinda in the Wizard of Oz, June in Gypsy, and Ginette/Gayle/Waitress in Almost Maine. Her most recent performance was at the Mary Moody Northern Theatre, portraying Wendla in Spring Awakening.

Natalia enjoys spending quality time with her family, taking her cat out for walks, and teaching cycling classes. She would like to thank the board of directors for giving her the opportunity to be Catrina once again and in person! 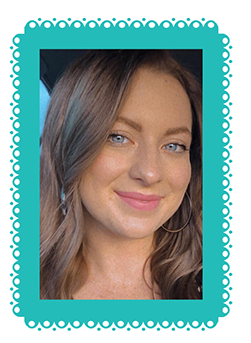 Start your own wine cellar with a fabulous collection of 36 bottles of Italian wine. Receive 3 bottles each from 12 different labels - nine red, two white, and one sparkling - that perfectly represent the best terroirs from one of the most important countries for wine lovers.  Selected by our Sommelier Team in Italy with some truly unique gems, all the wines are rated at least 90 points or more from amongst the following most important wine critic magazines:  Wine Spectator, James Suckling, Robert Parker, and Wine Enthusiast.

It doesn't get any better than Lake Tahoe. The majestic beauty of Lake Tahoe combined with a mind-boggling array of choices, whether it's skiing, dining, or nightlife. Lake Tahoe boasts over 300 days of sunshine a year, and the region has some of the highest annual snowfall amounts in North America. The surrounding ski resorts, all offering unparalleled scenic vistas of panoramic mountain and lake views, are located less than an hour from the Reno-Tahoe International Airport.

A living postcard of Southern antebellum grandeur, Charleston enjoys a gentler way of life. This historic city, located on the southern coast of South Carolina, is a friendly destination, offering clean beaches and stately restored homes from the 17th and 18th centuries. Best of all, the mild climate means you can enjoy most of the sights year-round.

In the inaugural round following The Links at Spanish Bay's opening ceremony in 1987, Tom Watson shot a 67 - which still stands as the official course record. Watson came off the course declaring, “It’s so much like Scotland, you can almost hear the bagpipes playing."  A tradition was born, and today you can hear the bagpipes play each evening as a piper closes the course shortly before sunset.

The Fairmont Kea Lani rests gracefully on Polo Beach on the southwest shores of Maui.  Lava rock outcroppings create a protected and pristine secluded playground for guests.  With a sandy bottom and clear water, it is perfect for snorkelers of all ages to explore Wailea Point reef.  Kea Lani means "heavenly white" in the Hawaiian language and you will find heaven on Maui at the Fairmont.

Walt Disney World is a nearly 40-square-mile self-contained city and the world’s biggest amusement park. There are four main parks, each with their own themed areas. Magic Kingdom, the “most magical place on earth," is home to the soaring castle and all the nostalgic classics. Epcot is two parks in one, with technology and future-focused attractions. Disney’s Hollywood Studios is fully movie-centric, and the place for all things "Star Wars," while Disney’s Animal Kingdom is a combination animal reserve and international experience.

The Metropolitan Opera, founded in 1880, is a prized jewel of New York City’s cultural treasures and sitting in the audience is a stellar experience.  Each season the Met stages more than 200 opera performances and the lineups are an eclectic mix of familiar favorites and adventurous picks, classic stagings and the avante garde. The Met also has displays and exhibits scattered through the entire house; walk around and take a glance at the galleries on the lower level or inspect some costumes up close on the grand tier. People-watching is just as much a spectacle, and an opera tradition, as the story unfolding onstage. 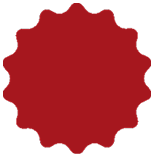